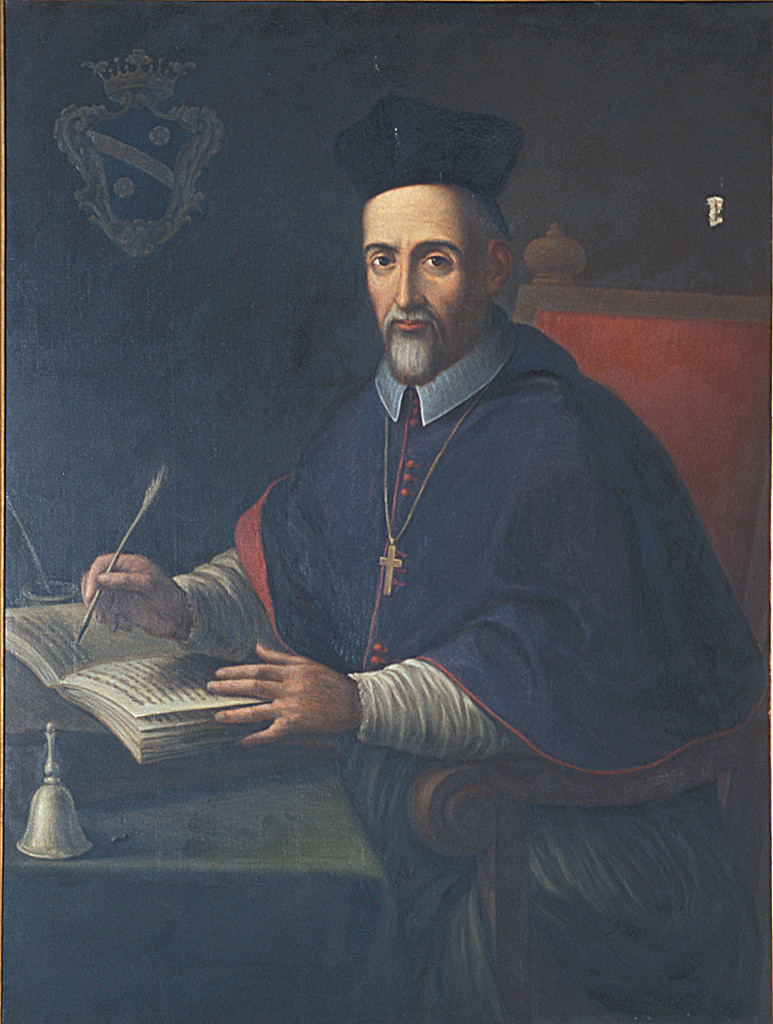 Angelo Colocci was born on 24 July 1474 in Jesi from an ancient and noble family.
In 1486 his uncle Francesco, together with other aristocrats, tried to rebel against Pope Innocent VIII, but the attempt was repressed and part of the family, including Angelo, had to go into exile in Naples. There he trained in the circle of Giovanni Pontano, the great humanist animator of the Pontanian Academy, which took its name from him. He returned to Jesi in 1491-92 bringing with him a humanistic and at the same time political education.

After a short time, he moved to Rome, where he began his cursus honorum within the papal court, until he became Treasurer General in 1538. Almost immediately, already in the early sixteenth century, he became president of the Roman Academy founded by Pomponio Leto, one of the most important Capitoline cultural institutions. He was famous for his humor and his witty statements; he had a great interest in vernacular poetry accompanied by music. He was also the first linguist to study the structure of Romance languages, looking for the deep characteristics of the neo-Latin languages.
Colocci was also the most important collector of books and antiquities in Rome.

He became a very wealthy man and a skilled investor and building speculator. It appears that, together with Agostino Chigi, his colleague at the Apostolic Secretariat, he was financially involved in the restructuring of the urban plan of Rome designed by Bramante in the first decade of the sixteenth century. Colocci, in fact, invested a large part of his assets in the real estate sector, becoming the owner of entire districts of the city.

Throughout his life he studied metrology, which he called “podismo” (due to the basic measure which was the Roman foot) and cosmology: the search for a correspondence between the measures of the human body and those of the world led him towards an understanding of the numerical structure of the cosmos.

Due to a common origin, le Marche, and to his intellect, Angelo Colocci was a friend of Raphael who drew inspiration precisely from Colocci’s studies of cosmology to give life, shapes and colors to one of his greatest masterpieces, the Vatican Room of the Segnatura.

A highly cultured and multifaceted character, central in the humanistic culture of Raphael and Leo X’s Rome and later of Clement VII, both pontiffs of the Medici family, Colocci still remains a mystery to be unveiled, a key character not only for Rome, but also for the entire culture of Italian humanities.
He died in 1549.